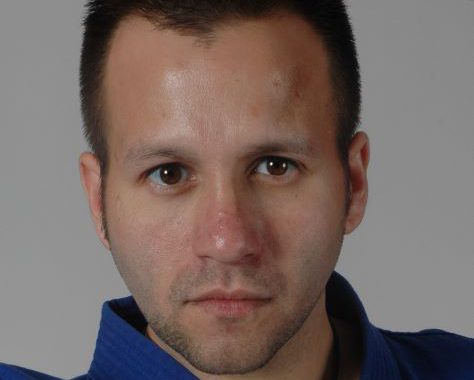 Master Valdez is the main instructor and founder of Excel Academy in Hurst, TX. Born and raised in Beloit, WI, his mother laid the foundations of his Martial Arts career by teaching good values and pushed Valdez to be his very best at a young age. By the age of 8, Valdez started training under the tutelage of Master Jack Simpson in Grand Prairie, TX and through hard work and perseverance, became an assistant instructor at the young age of 12.

Always knowing that he wanted to become a Martial Arts instructor, Master Valdez opened his first dojo at 16 after receiving his Black Belt at the age of 15. Valdez has won countless championships in forms and sparring. He has competed in national level tournaments, and has participated in public demonstrations and competitions. By age 18, Valdez began to lose his vision, and eventually became legally blind, but this has not demolished his love of Martial Arts. Along his journey, Master Valdez has:

Master Valdez is a lifelong student of Martial Arts! If he isn’t at the dojo teaching a class, you can find him attending advanced workshops and training sessions with Martial Arts greats such as Bill “Superfoot” Wallace, Grand Master Pat Burleson, Master Chance Burleson, Grand Master Ken Johnson, among many others. Valdez has been dedicated to continuing the development of the Art of Tae Kwon Do and exposing as many students as possible to its widely recognized benefits.

For the past 20 years, Master Valdez has continued to train with his students at Excel Academy. Valdez is a dedicated and dynamic teacher, who is recognized by students and parents for both his skill and devotion to teaching. He emphasizes not just the physical aspects of martial arts training but the philosophy behind it. Valdez offers private instruction for those that want additional help with katas, forms, and sparring.

At the age of 18 Master Miguel Valdez was diagnosed with Stargardt’s Disease. Stargardt’s Disease is considered the juvenile form of Macular Degeneration. It causes progressive visual loss. Master Valdez’s vision rapidly decreased from 20/40 at the age of 18 to 20/200 by the age of 21 (20/200 is considered legally blind). His vision now remains at 20/450.  He is unable to read without extreme magnification. He is also unable to drive or see faces. Master Valdez feels that his visual loss has enhanced his martial arts ability. It has improved his other senses and knowledge of the art.

"My mentor... The man who started it all, I'd like to thank Master Miguel Valdez for his dedication to the art and for always being a brother."